The Crucial Differences Between Fresh and Dried Spices 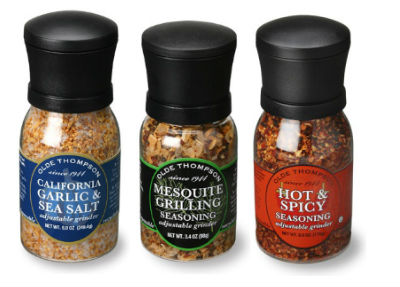 Of all of the advancements in modern cooking over the years, the ever-increasing accessibility of various herbs and spices has been one of the most influential changes. Although importing spices was a very expensive endeavor in the past, modern transportation, shipping, and preservation methods have removed the barriers that once limited cultures to the indigenous flavors of the surrounding geography. Most modern chefs use a wide variety of spices in their everyday cooking, and many keep their spice cabinets well-stocked with various ingredients from all across the globe. Most of these spice cabinets, however, are filled primarily with dried and ground spices rather than the “real thing,” which causes some curious culinarians to wonder: what are the benefits of fresh spices versus dried spices. 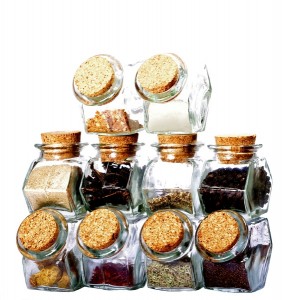 The most immediately apparent benefit of fresh spices is in the name: freshness. In cooking, it is usually assumed that fresher ingredients typically makes for better tasting food, but with herbs and spices, it’s not quite so straightforward. Fresh spices, while they have a much shorter shelf life, are great for quickly imparting flavor to a recipe. Fresh spices release their flavors much more quickly, and as such are ideal for adding to sauces, salads, and other recipes that require seasoning during the later phases of the cooking process. Because of their more subtle flavors, fresh spices and herbs are also preferred for using as garnishes or for topping dishes after cooking. Fresh spices are also a bit more versatile in the kitchen, as they can often be cut, grated, sliced, and prepared in a variety of different ways, whereas dried spices are typically limited to their chopped or ground form.

Unlike fresh spices, dried spices are best used at the beginning of the cooking process. Because dried spices have had their moisture removed in the drying process, the flavor is much more concentrated, and the spices will release their flavor much slower than fresh spices. Adding dried spices to recipes early allows the spices to gradually release their flavor and fully infuse into the food around them. While dried spices do require more time to infuse into your recipes, there are several advantages to using them. Most importantly, dried spices last much longer in storage than their fresh counterparts. One container of dried spices will keep for between six months to a year, depending on the spice. The fresh version of the spice, on the other hand, will usually only last about a week, at best. Dried spices allow you to always have a ready stock of flavors to add to your recipes should the need (or whim) arise. Fresh spices require a bit more planning, as they must be purchased close to when the recipe will actually be prepared.

Dried spices also offer the benefit of variety. Because whole, fresh spices are harder to transport, and are generally more expensive than their chopped and dried counterparts, most grocery stores stock fewer types of fresh herbs and spices to ensure that what they do stock actually sells before it expires. Most stores, however, have plenty of room on the shelves for bottles of dried spices, and usually carry a wide variety of different types and brands of spices. Most standard grocery stores will have a far greater selection of dried spices than fresh herbs, and dried varieties may be the only practical solution for certain recipes. Dried spices also take up a lot less room (one teaspoon of dried spices is generally considered equivalent to about one tablespoon of the fresh spice), and can be easily tucked away into your kitchen cabinets in large quantities using one of the many available spice rack systems .

Considering the pros and cons of both fresh and dried spices often leads to a natural question: which is best? The answer – although often disputed by foodservice professionals – is just as simple: neither. While some chefs swear by always using fresh spices, others tout the convenience and benefits of a well-stocked dry spice rack. But there is no real reason to limit your cooking to only using one or the other. Both fresh and dry spices offer their own set of unique benefits: dry spices with their long shelf life and wide availability and fresh spices with their earthy, subtle flavors and physical versatility. Keeping a well-stocked cabinet of ready-to-use spices is advisable in any kitchen, but that doesn’t mean that there’s any harm in still buying (or growing, if you’re willing to put in the time) fresh spices to use in your recipes from time to time. Whether fresh or dried, there is always room in the kitchen for more spices.

Continue Shopping or Checkout Below.
VIEW CART
Why Buy From JES?

JES Restaurant Equipment is committed to being your best source for restaurants and commercial kitchens with top quality products while providing the best service and support in the industry.

With over 50 years of combined experience in the restaurant supply and sales industry, we are vastly familiar with the many nuances of the business and we strive daily to make the shopping for and purchase of restaurant equipment a convenient and pleasant experience for our customers.