Battle of the Elements: Air-Cooled Vs. Water-Cooled Commercial Ice Machines 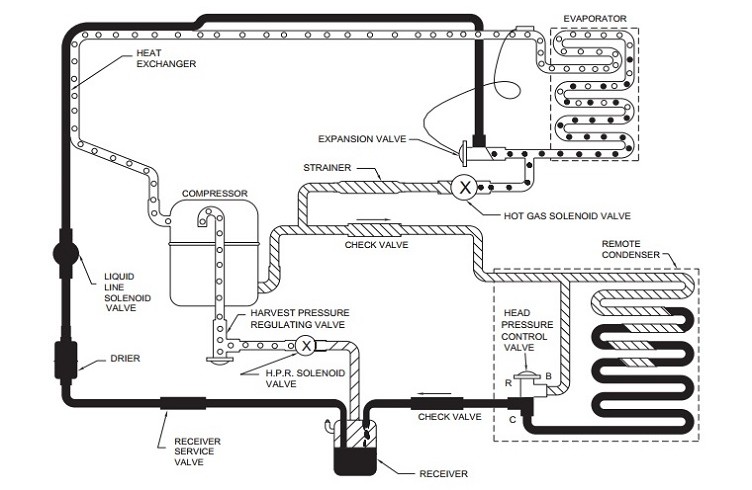 In the commercial ice industry you have many choices, but as far as how your machine works you basically only have two; air-cooled or water-cooled. So which one is better? There is no straight answer to this question. The type of ice machine you want to buy all depends on your specific needs, your resources, your budget and the kind of environment in which you plan to use your machine. And just like with any question knowledge is power and the more you know about these types of commercial ice machines the better.

Just as the name suggests, air-cooled ice makers take in the air around the machine and uses it to cool the refrigeration system. This type of ice machine is probably the most widely used. They are generally more affordable and easier to install. And because of it’s popularity companies are making efforts to produce more energy efficient air-cooled machines. Many places even offer rebates to buy an air-cooled ice machine because of their low water costs. But don’t let all of this good news make you jump the gun in buying an ice maker. An air-cooled ice machine’s productivity is subjective to the environment. Because an air-cooled machine must intake and expel the air around it in order to operate it is best if you have an open area to place the machine with plenty of breathing room. If you squeeze an air-cooled machine in a utility closet or between other pieces of equipment the air vents could be blocked, thus drastically reducing your ice production. Air-cooled units also give off a lot of extra heat because the air it discharges after use comes out several degrees warmer than it was when it was taken into the machine. This can make for a much higher utility bill each month and can add to the heat already produced from other pieces of equipment in your establishment. The ideal temperature for an air-cooled ice machine to function at optimum production is 70 degrees.

Did we also mention option 1.5? Investing in a remote condenser can solve many of the problems having an air-cooled machine can pose. Most air-cooled machines have a self-contained condenser inside the unit to cool the machine. But with a remote-cooled unit the ice machine will still be placed where you need it, while the remote condenser can be placed elsewhere, like on the roof of a building. With the heat exchange occurring outside your energy costs will not be affected as drastically and your machine will produce ice more consistently. This option may be more expensive at first because of the extra costs of the remote condenser unit and its installation. But its versatility can save you money in the long run by allowing you to operate an air-cooled ice machine in a situation where it would not normally be feasible.

Don’t be fooled by the underdog of the commercial ice industry. Unlike their air-cooled counterparts, water-cooled ice machines make less noise when running and are more energy efficient. Water-cooled units can also be a great alternative where temperature is a factor. A water-cooled ice machine will almost always produce ice consistently as long as you are providing water that is roughly 50 degrees. You may want to consider a water-cooled machine if your operating outside or if your tight on space and you need to shove your ice maker between a fryer and an oven (okay, so maybe that was an over exaggeration but you get the point). But these types of ice makers are unpopular for a reason. The average water-cooled ice machine uses over 100 gallons of water just to produce 100 lbs of ice, and the excess water being used to cool the machine is dumped into waste, making them very expensive to operate, especially in areas of high water and sewage costs. Many cities, such as Seattle, Phoenix and Denver, have banned the use of water-cooled machines in establishments that do not have a water tower.

All of these option are available from the major ice machine manufacturers like Hoshizaki , Manitowoc , Ice-O-Matic and Scotsman . For more information on the type of ice machine you might need check out our Ice Machine Buyer’s Guide .